The BookMobile Tour: 120 kids explore Lagos, learning and having fun all the way 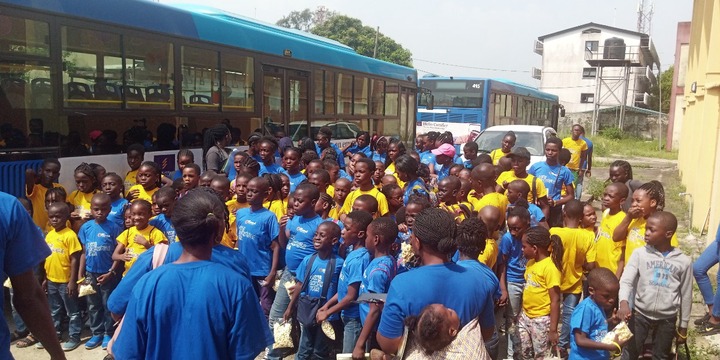 After months of planning, Iread Mobile Library hosted 120 kids aged 5-15 to an educational tour on 17 December. Tagged the “Lagos BookMobile Tour”, the itinerary included visits to the United Nations Information Centre (UNIC) and the Nigeria Film Corporation (NFC) — both in Ikoyi — and Book City, a bookshop in Surulere.

Iread Mobile Library operates from Igando and has outreaches in various parts of Lagos and this year’s tour is the third edition. The one remarkable thing about the young tourists is that they represent at least 70 different schools and come from diverse social and religious backgrounds. They were brought together by their love for books.

“I’m expecting to see a lot of good things and I think it’s going to be a great experience,” said Tomiwa Lawson, just before the bus got on the way. “I I look forward to buying books at Book City.”

According to Ms Funmi Ilori, founder of Iread Mobile Library, the idea of the bookmobile tour is mainly to let the kids associate the concept of having fun with the habit of reading. 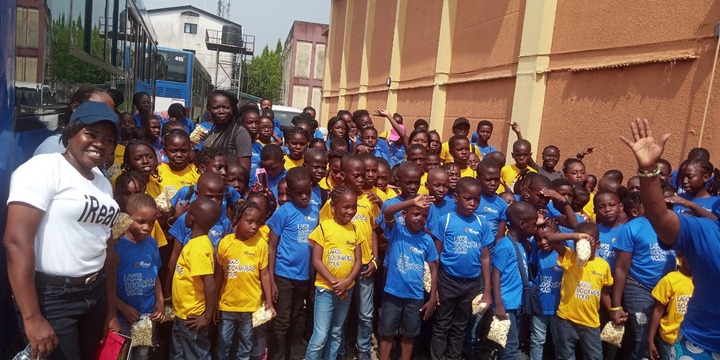 “We want the children to enjoy reading and not to think that reading is only done as a requirement for passing tests and exams,” she said at the Iread Library Hub in Maryland, where all the participants were dropped by parents and guardians. “We firmly believe that the more information children have the better their leadership skills and the better they can plan for the future. That’s why we decided to start the bookmobile tour.”

One of the early highlights of the tour was the kids learning to sing Feliz Navidad, The First Noel and other Christmas carols in French, a lively session coordinated by Christine David, founder of the CDI Kids French Club.

At the Nigeria Film Corporation, the kids learned about the history of the organisation and the art of filmmaking. They were later entertained by actor and comedian Tunji Sotimirin who performed songs, told a short story and taught the youngsters some dance routines. 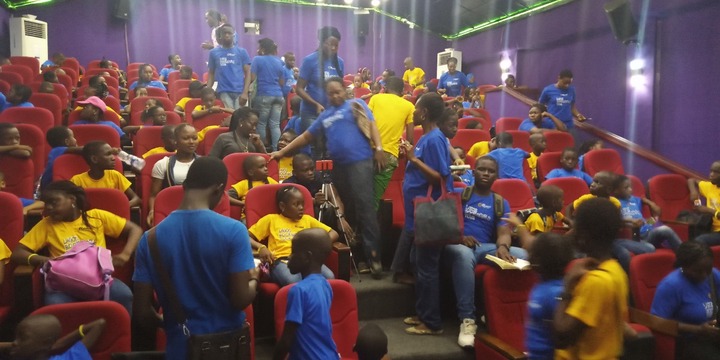 This was followed by the screening of a short film about drugs counterfeiting, titled “Fish Bone”.

“That was exclusively for the children, courtesy of the United States Embassy,” Ilori, who is also the Director of Education at iRise Model School, added.

At the United Nations Information Centre, the young tourists learned all about the history of the global body as well as the 17 Sustainable Development Goals (SDGs). They also watched a short film on gender equality and violence. 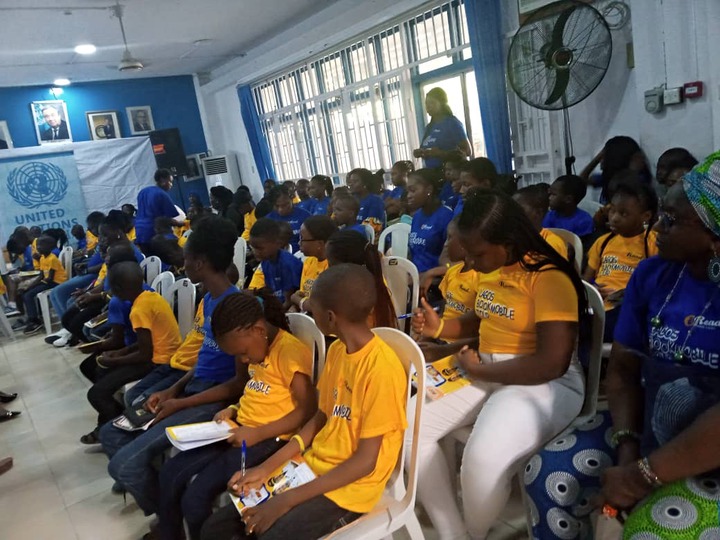 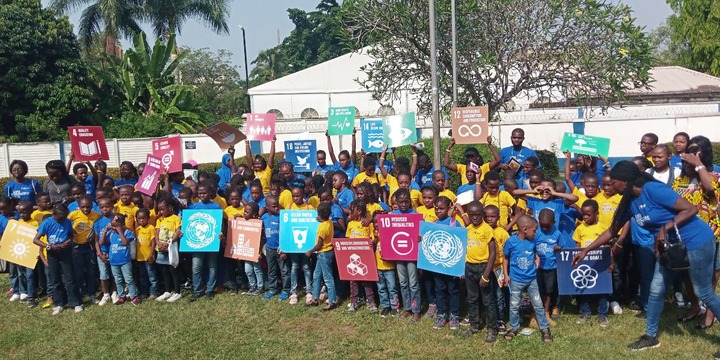 “I like the bus, the food and the book store,” one of the teenagers on the tour said. “I enjoyed being on the tour.”

It wasn’t only the kids who had a great time. Parents followed the tour’s progress through updates on a whatsapp group created for the purpose.

“I’m proud that there’s an organisation like iRead putting together such an educational event for kids, at such an affordable cost and without having to travel out of the state, talkless of out of country,” one satisfied parent said.

“You can’t imagine how much learning took place today, and outside the classroom walls for that matter. Physically, the couple of short walks between the buses and each of the venues. Socially, they made new friends, and even learnt leadership skills through the ‘buddy’ system introduced by the team. “They learnt to be responsible and look out for others. Emotionally, they were all happy. They practised decision making skills, budgeting, negotiation and trading at Book City. They also got firsthand values on the importance and relevance of books as treasures. I could go on.”

Another parent, Kunle Taiwo, who signed up two kids on the tour said that nothing could compare to the exposure the kids got to the different organisations visited on the tour.

“There’s a great level of absorption among children when they are together. There’s that feeling of fulfillment that really cannot be qualified by adults when children are in the midst of themselves doing the same things together,” he said after the tour had ended. “Pictures are good as virtual memorials. But trust me what is absorbed internally and mentally is what you can’t take away from their minds and their stories.”